5 Facts About Bordetella In Dogs

By Admin November 20, 2019 Uncategorized
No Comments

Going to the veterinarian can be almost as overwhelming at times as going to your own doctor. By the time your veterinarian finishes going over the list of vaccines your dog needs, your dog’s overall physical condition — perhaps reminding you to cut back on the scraps, and has answered your questions about your dog’s newest behavioral quirk, it is easy to forget what she said about the Bordetella vaccine.

Here is what you need to know about Bordetella and kennel cough to make sure your dog is up-to-date with his shots when he needs it most. 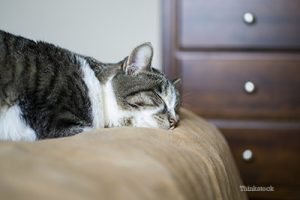 It’s true: our feline friends can get colds, too! As is the case with humans, the culprits to blame for these nasty colds are bacteria or viruses, sometimes both.

The bacteria and viruses that most commonly cause upper respiratory infections (URIs) in cats are:

Unfortunately, some of the aforementioned diseases are still present in seemingly recovered cats (carriers) and are unknowingly passed on to other cats. Mothers can also act as carriers, passing on infections to their litters.

Cats that have contracted FVR are considered “chronic carriers,” meaning they will carry the virus for life and can become sick again in times of high stress (moves, new housemates, babies, etc.). About half of the cats infected with FVC will remain infected as carriers, sometimes for a few months after symptoms cease, and, in rare cases, for life.

What You Should Know About Dog Flu: Symptoms, Treatment, and Prevention 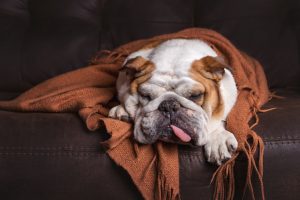 When it comes to the dog flu, it’s important to always be prepared. While most cases are not fatal, the canine influenza virus can make your pup uncomfortably sick, causing him — and you — a lot of stress and time spent at the vet’s office. If you are a dog owner, you don’t need to panic about the dog flu. You should, however, familiarize yourself with the symptoms so that you know what to look for in the event of an outbreak in your area.

What Is Dog Flu?

Dog flu, or canine influenza virus, is an infectious respiratory disease caused by an influenza A virus, similar to the viral strains that cause influenza in people. There are two known strains of dog flu found in the United States:

The H3N8 strain actually originated in horses. The virus jumped from horses to dogs, becoming a canine influenza virus around 2004, when the first outbreaks affected racing Greyhounds at a track in Florida.

H3N2, on the other hand, originated in Asia, where scientists believe it jumped from birds to dogs. H3N2 is the virus responsible for the 2015 and 2016 outbreaks of canine influenza in the Midwest and continues to spread throughout the United States

Could dogs be the source of a new flu? 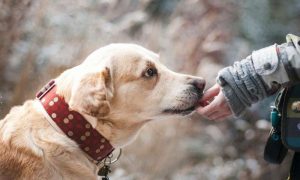 Results from a 10-year study suggest two strains of influenza that could mix and form a dangerous new strain of influenza spread by dogs. Dr. Daesub Song, Associate Professor (Korea University, Republic of Korea) has called for closer monitoring of dogs and other companion animals as they could be a source of novel human influenza strains. He said, “Until now, dogs were considered neglected hosts in the field of flu research. However, after the first report of interspecies transmission, surveillance of flu viruses from companion animals should be further strengthened.”

Despite being named Canine Influenza Virus, it is not just dogs that can be infected by CIV. During the ten-year study, researchers found that cats were also susceptible to the virus. Dr. Song investigated an outbreak of CIV in an animal shelter, during which 100% of the cats were infected and 40% died.

The development of susceptibility in cats is worrying as it shows that CIV can spread amongst different animal species. Researchers have raised concerns as there is a potential for the virus to become endemic in companion animals. As both dogs and cats are in frequent contact with humans, much more frequently than pigs or chickens, the potential risk for a new strain to develop and infect humans is even higher.

Can you really give your dog or cat the flu?

CORVALLIS, Ore. – As flu season approaches, people who get sick may not realize they can pass the flu not only to other humans, but possibly to other animals, including pets such as cats, dogs and ferrets. This concept, called “reverse zoonosis,” is still poorly understood but has raised concern among some scientists and veterinarians, who want to raise awareness and prevent further flu transmission to pets. About 80-100 million households in the United States have a cat or dog.