Secondhand (and Third-Hand) Smoke May Be Making Your Pet Sick

Secondhand (and Third-Hand) Smoke May Be Making Your Pet Sick 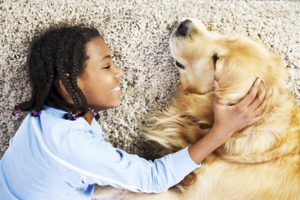 If you’re a smoker, you probably realize the dangers smoking may pose to your health. But have you ever thought about how the habit affects your pet? According to Food and Drug Administration (FDA) veterinarian Carmela Stamper, D.V. M., the news is not good.

“Smoking’s not only harmful to people; it’s harmful to pets, too,” Stamper says. “If 58 million non-smoking adults and children are exposed to tobacco smoke, imagine how many pets are exposed at the same time.”

What’s Lingering on Your Rug, Furniture, and Clothes?

Both secondhand smoke (which lingers in the air your animal breathes in) and third-hand smoke hurt pets. What’s third-hand smoke? It’s residue (harmful compounds that are left behind, such as nicotine) that can get on skin and clothes, as well as furniture, carpets, and other things where a smoker lives.

“Like children, dogs and cats spend a lot of time on or near the floor, where tobacco smoke residue concentrates in house dust, carpets and rugs. Then, it gets on their fur,” Stamper explains. “Dogs, cats and children not only breathe these harmful substances in, but pets can also ingest them by licking their owner’s hair, skin, and clothes.”

And of course, if your dog or cat grooms itself or another animal, he’s ingesting the residues as well, Stamper says.

Facts That May Surprise You About Pets and Smoking

Learn more about the dangers smoking can pose to your pet and find some resources to help a smoker you know cut back on or quit smoking in the article “Be Smoke-free and Help Your Pets Live Longer, Healthier Lives,” on the FDA website.

Can Pets Get High Off Secondhand Cannabis Smoke? 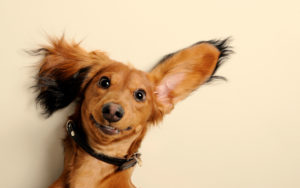 If you’ve ever wondered if your pets can get high, the answer is yes, but they don’t like it and it’s not good for them.

While massive strides have been made recently when it comes to understanding our animal friends, their inability to self-report makes it impossible to ever know what’s actually going on in their heads. But what we do know is that the effects of THC on dogs, cats and other creatures we keep as pets, does more to disorient and disturb them than it does to calm them.

The key thing to remember is that they don’t know what’s happening to them and the effects can be very frightening.

While nobody, we certainly hope, is hotboxing Fido these days, it is true that pets—which often have more sophisticated and sensitive olfactory systems than our own—can be affected by the cannabis their owners use. In fact, dogs have far more cannabinoid receptors than humans and pets in general usually weigh much less than us, so intoxication can happen with even very small amounts of THC.

Most cases of pet intoxication come from curious animals finding edibles or flowers and ingesting them. That means an automatic trip to the vet. Don’t be shy about reporting what happened.

Second-hand smoke, of course, is also a problem; but so is what’s known as third-hand smoke, which is defined as smoke that has penetrated household surfaces like furniture and clothes. Cats and certain breeds of short-snouted dogs are particularly sensitive to third-hand smoke.

Vaporizers can take away some of the hazards associated with smoking, but the active ingredients in cannabis can still affect pets.

Symptoms of THC intoxication in pets include disorientation, lack of coordination, drooling, excess urination, vomiting, reduced heart rate, hyperactivity and pupil dilation. A trip to the vet will usually result in an IV to replace fluids, anti-nauseants to prevent vomiting and activated charcoal to clean the digestive system.

The important thing for recovery is that the pet be kept in a safe, ideally welcoming, place. Just as animals don’t know how they got high, they also don’t know that it will ever end, so comforting them until it passes is necessary.

Is CBD safe for pets?

Many people are now treating their pets with CBD oil for issues related to anxiety or misbehavior. But noted New York City-based dog trainer/behavior consultant Drew Watson is not sure it’s a great idea. “The use of CBD oil is exploding in the dog and animal world, just as it is with humans,” he told me. “But there are very few quality studies related to its use; anecdotally, I’ll hear people say ‘my dog did great on CBD,’ and you can go online and find plenty of people saying how great it is, but that’s not the kind of data I’d like to rely on.”

He also points out that while the placebo effect doesn’t work on dogs, it can work on their owners. Watson told me about a couple who had a puppy who was mouthing (frequent biting without aggression) excessively and they treated the young dog with CBD oil. When the mouthing stopped, they attributed it to the oil, although many other factors in the dog’s life changed at the same time. One of the owners secretly stopped the CBD treatment and, when the dog continued to improve, revealed it to his partner who agreed that the CBD had not been helping.

While there’s not much evidence that CBD oil is bad for pets, there’s just as little that it’s good for them. It would be wise to consult with a vet before undertaking any such course of treatment.

How to keep pets safe

To prevent pets from being affected by human cannabis use, it’s smart to contain smoking or vaping to a single, well-ventilated room, ideally one that pets don’t frequent. Steam-cleaning upholstered furniture and rugs can help, as can keeping your pets groomed properly. But the most important thing a good pet owner can do is to make sure all of their cannabis products are securely out of the reach of any curious pets.