While ticks themselves cause only mild irritation, they can carry diseases that pose a serious threat to animals and humans.
Ticks can be prevented by regular use of tick control products.
Just pulling off a tick can leave body parts attached to your dog. Ask your veterinarian about proper tick removal and tick control.
Illnesses transmitted by ticks can case fever, anemia, paralysis, lameness, and other symptoms.
People can not catch Lyme disease or Rocky Mountain spotted fever from infected dogs, but the same ticks that bite dogs can cause these illnesses and others if they bite humans.
Adult ticks can live up to 3 years without blood meal.
Ticks live on three different animals during their life.
Most ticks spend most of their life OFF the host (animal) in the environment.
Ticks can’t jump and don’t “fall from trees” as most people think, but transfer onto hosts when animals or humans walk through long grass, bushes and brush.

Tick-Borne Diseases and Your Pet 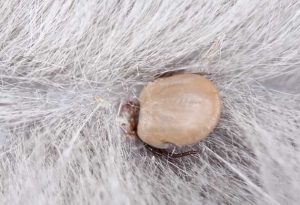 Ticks can cause Lyme disease and other tick-borne diseases in dogs and cats. Be aware of common signs, symptoms, and prevention methods of tick-borne diseases. For our clients that travel to the US, there are more tick species, and diseases to be aware of. While this is not an exhaustive list, it covers the most common species you may run into in your travels. 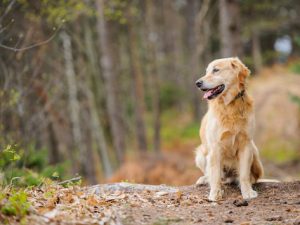 Ehrlichiosis is a very serious tick-borne disease, and dogs who have been infected once can develop it again.

Canine monocytic ehrlichiosis (CME) develops after a dog has become infected with Ehrlichia canis bacteria, which are primarily transmitted to dogs through the bites of brown dog ticks (Rhipicephalus sanguineus). Brown dog ticks can be found throughout the North America (and worldwide), but are especially problematic in warmer climates, which means that ehrlichiosis is also most frequently diagnosed in these areas.

Another type of ehrlichiosis, called canine granulocytic ehrlichiosis (CGE), is caused by infection with Ehrlichia ewingii bacteria, which are typically transmitted through the bites of lone star ticks (Amblyomma americanum). Lone star ticks are primarily found in the Eastern, Southeastern, and Midwestern parts of the United States, but have been making an appearance here in Ontario.

While there are a number of species in the genus Ehrlichia, the E. canis and E. lewinii are the two that are of main concern for dogs, with E. canis being the more diagnosed form (note that these bacteria can infect other animals as well, including humans). This disease is seen throughout the year especially in areas that tend to have an abundance of warm days. Chronic and severe forms of this disease are more representative in Doberman Pinschers and German Shepherds.

Read more about the sign, symptoms, and treatment HERE and HERE. 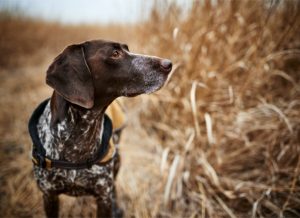 While many people are familiar with Lyme disease, anaplasmosis is a lesser-known but also significant tick-borne disease that can affect both you and your dog. Anaplasmosis is a bacterial disease that, in a dog, comes in two forms. Anaplasma phagocytophilium infects white blood cells (this is the form that is also found in people). A second type of Anaplasma organism, Anaplasma platys, infects a dog’s platelets. 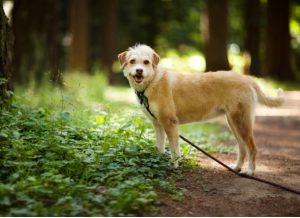 Lyme disease in dogs is one of the most common tick-transmitted diseases in the world, but it only causes symptoms in 10 percent of affected dogs. When infection leads to Lyme disease in dogs, the dominant clinical feature is recurrent lameness due to inflammation of the joints, and a general feeling of malaise. There may also be depression and a lack of appetite. More serious complications include damage to the kidneys, and rarely, heart or nervous system disease.

Even though it is uncommon in cats, lyme disease is known to be one of the most common tick-transmitted diseases in the world. Caused by a bacteria spirochete species of the Borrelia burgdorferi group, its dominant clinical feature in cats is lameness due to inflammation of the joints, lack of appetite, and lethargy. Some cats develop kidney conditions, and rarely heart or nervous system diseases.

Read more about Lyme disease, and the symptoms to look out for, in DOGS and CATS.

At less than 2mm in length, a tick nymph is smaller than the period at the end of this sentence.

It only takes 36-48 hours for an infected tick to be attached before Lyme disease can be transmitted.

Positive cases of Lyme disease in dogs have been reported in all 50 U.S. states. Lyme disease can also be found on every continent except Antarctica.

4. A LOT of Deer Ticks are Infected with Lyme Disease

As many as 50% of adult female deer ticks (Ixodes scapularis) are infected with the bacterium which causes Lyme disease in dogs (and humans).

Adult deer ticks have been known to survive temperatures freezing (32 °F). So don’t think your dog is safe just because it gets cold in your area during the winter.

6. Lyme Disease Can Be Fatal

Although it does not occur commonly in dogs, Lyme disease can cause kidney failure and death in severe cases. The most common sign of Lyme disease in dogs is arthritis, which causes sudden lameness, pain ands sometimes swelling in one or more joints.